U.S. Armed Forces manuals, prepared at U.S. taxpayer expense, can be incredible aids in a wide variety of civilian tasks.

The amount of useful information in US Army, Air Force, Navy, and Marine Corps technical and field manuals is amazing.

Providing Digital Information to the Warfighter

Combat Skills of the Soldier

For mor than 50 years, The U.S. Army Leadership Field Manual has provided leadership training for every officer training program in the U.S. Army. This trade edition brings the manual’s value-based leadership principles and practices to today’s business world. The result is a compelling examination of how to be an effective leader when the survival of your team literally hangs on your decisions. More than 60 gripping vignettes and stories illustrate historical and contemporary examples of army leaders who made a difference.

The essential professional reference for Army officers for over 70 years completely updated with all current information needed by officers of all ranks and branches. This is the definitive guide of what the Army expects from its officers in leadership, technical skills, and character, and what every officer-junior or experienced-needs to know to succeed in the 21st-century Army. Packed full of information on duty performance, professional development, academic opportunities, organization and missions, pay and benefits, family services, military courtesies and customs, and professional and social life.

With the help of this sniper’s bible, the famed U.S. Army snipers killed 1,187 Vietcong in one five-month period and expended only 1.37 rounds per kill. This manual is also an excellent tool for honing hunting and target skills. 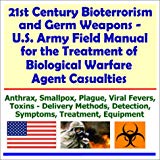 This public-domain Department of Defense field manual, used by the U.S. Army, Navy, Air Force, and Marines, serves as a guide and a reference for trained members of the Armed Forces Medical Services and other medically qualified personnel on the recognition and treatment of biological warfare (BW) agent casualties. Information contained in this publication may also be relevant for the diagnosis and treatment of patients with naturally acquired diseases or illnesses due to pathogens with BW potential. It classifies and describes potential BW agents, provides procedures for collecting, handling and labeling, shipping, and identifying potential BW agents, describes procedures for medical diagnosing, treating, and management of BW casualties, and describes medical management and treatment in BW operations. The treatment modalities contained in this manual differ from standard textbooks in that they apply to BW agent exposures. The method of exposure for most BW agents is by inhalation; whereas, the endemic disease exposure (if applicable) is by other means.

It also includes medical management data, military facilities, definitions, abbreviations and acronyms. This up-to-date manual was prepared July 2000. It is a superb source of current information on the diagnosis and treatment of potential biological weapon casualties.

Newly revised edition of the most popular handbook of basic combat skills for soldiers and other security forces operating in combat units or that must fight as infantry, rear area security forces, and military operations other than war. Condenses information from dozens of Army manuals for operations such as offense, defense, patrols, ambushes, special environments, and other tactical operations. Also includes basic soldier combat skills such as calls for artillery fire, first aid, NBC defense, communications and radio procedures, map reading and navigation skills, camouflage, identification of friendly and enemy vehicles, minefields, weapons, and fighting positions.

From Vietnam and Laos to Central America and Africa, the U.S. Army Special Forces has won renown for its expertise in guerrilla warfare. Special Forces Handbook-a classic in the field-covers guerrilla tactics and missions, demolition techniques such as improvised incendiaries, air ops, weapons, communications, survival skills and more. 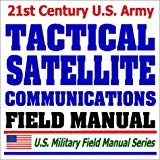 This is the latest edition of an important U.S. Army field manual (FM) dealing with the tactical satellite (TACSAT) communications system.

This manual is produced by Headquarters, US Army Training and Doctrine Command (TRADOC). 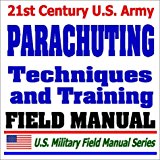 This is the latest edition of an important U.S. Army field manual (FM) dealing with basic and advanced training and techniques for static line parachuting. It is designed to standardize procedures for initial qualification and training of personnel in their duties and responsibilities in airborne operations.

This exclusive new manual contains the most current close combat methods being taught to U.S. Marines for use on today’s battlefield. It outlines the Marine Corps’ latest lethal and non-lethal weapons techniques, use of knives and sticks and the full spectrum of unarmed tactics.

An Infantryman’s Guide to Urban Combat

This manual provides infantry doctrine, tactics, and techniques for urban combat at battalion level and below. The urban growth in all areas of the world places a high premium on the development of those skills described in this manual and on the highest standards of discipline and leadership.

This information from the U.S. Army Marksmanship Training Unit is designed to help a trained individual in the selection of equipment, training and employment of the countersniper.

For thirty years, the U.S. military has actively developed defensive strategies to combat nuclear, biological, and chemical (NBC) threats. This book is a compilation of the three core NBC defensive tactics that form the basis of U.S. military training theory relating to NBC operations. The editors have distilled these training references into a compact guide that may form part of a larger civilian defensive application reference library. While this text in large part contains U.S. Army training material, it has been edited for civilian application and can not be considered an official government publication.

While some defensive strategies lie outside of the scope of civilian defense, other techniques may be applied to civil protection in response to the growing threat of bioterrorism, non-governmental nuclear proliferation, and chemical terrorism threats.

The United States Army Marksmanship School has compiled this guide with the intent of providing assistance to pistol marksmen throughout the United States. Much of the information has been contributed by championship caliber U.S. Army pistol shooters and coaches. The text is designed for ready reference and contains the fundamentals of pistol marksmanship and the most advanced techniques known to these experts. The data presents a comprehensive coverage of the many facets of pistol marksmanship and related subjects.

The Advanced Pistol Marksmanship Manual has been compiled with a determination to improve pistol marksmanship. It is a compilation of data gathered from many years of personal experience of proven U. S. Army Pistol Champions and coaches condensed into a ready reference and covering the most advanced and proven techniques known to date. The marksmen and coaches who contributed ideas gained from championship competitive experience did so with a firm desire to impart the knowledge gained for the promotion of pistol marksmanship training. The data represents a comprehensive effort covering many facets of pistol marksmanship and related subjects gained from the research of authoritative articles, personal interviews, observation of foreign competition and contributions closely associated with pistol activities.

During U.S. military operations, the Marine rifleman is among the first to confront the enemy and the last to hang his weapon on the rack after the conflict is won. That is why U.S. Marines have the reputation as the finest combat riflemen in the world. Now, you can learn their secrets. This manual is the very latest Marine doctrine on the art and science of shooting effectively in battle. Its 10 chapters teach the versatility, flexibility and skills needed to deal with a situation at any level of intensity across the entire range of military operations. Topics covered include the proper combat mind-set; cleaning your rifle under all weather conditions; rifle handling and marksmanship the Marine way; engaging targets from behind cover; obtaining a battlefield zero; engaging immediate threat, multiple and moving targets; shooting at night and at unknown distances; and much more. 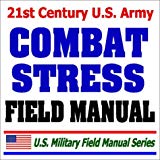 This is the latest edition of an important U.S. Army field manual (FM) providing the “tactics, techniques, and procedures required for small-unit leaders to effectively prevent, identify, and manage combat stress when it occurs. This publication contains essential information about combat and combat-related stress. It describes, in layman’s terms, techniques to prevent, identify, and treat harmful combat stress reactions at the lowest level or until professional medical assistance is available. It provides a basic understanding of the causes of stress and describes the preventive actions that can be taken to avoid or reduce its harmful effects. It describes how to identify and manage combat stress symptoms when they appear, and provides techniques to prepare units to handle combat stress reactions when they occur. All small-unit leaders should read this publication.”

As demonstrated in Kuwait, the U.S. Marines know how to fight and survive in the desert. This handbook reveals their secrets. Learn about the military aspects of deserts; how to prevent sand from ruining your weapons, vehicles and gear; the effects of extreme heat on equipment; desert driving techniques; how to best treat a scorpion bite; and more.