The versatile “swing wing” F-111 Aardvark entered the USAF inventory in 1967. The F-111’s wings are straight for take-offs and landings, or slow speed flight; by sweeping its wings rearward it can exceed twice the speed of sound (Mach 2). In 1960 the Department of Defense combined the USAF’s requirement for a fighter-bomber with a Navy need for an air-superiority fighter, though the Navy eventually cancelled its program. In all, 566 F-111s of all series were built; 106 of them were production F-111Fs.

The F-111 is a long-range, all-weather strike aircraft capable of navigating at low level to reach targets deep in enemy territory and to deliver ordnance on the target. Primarily a bomber, the F-111 Aardvark features a sweep wing varying between 16 degrees and 72.5 degrees, with side-by-side seating for a pilot and weapons systems officer. The F-111F variant is equipped with an all-weather AN/AVQ-26 Pave Tack infra-red targeting designator/reader carried in a pod-mounted turret. It could track and designate ground targets for targeting by laser, infra-red and electro-optical bombs.

Countries which Fly the F-111 Aardvark

The F-111 Aardvark was originally manufactured by General Dynamics.

Books on the F-111 Aardvark

The fifth installment in this popular series, this edition deals with the USAF F-111 Aardvark, which was used so effectively against such American foes as Libya and Iraq. Keeping the tradition going, this book is crammed full of highly detailed color photographs of every conceivable detail of this aircraft. Geared towards the scale modeler, such details covered include the airframe, cockpit, engines, armament, landing gear, avionics, control surfaces, bomb bay, ejection seats, and much more. Highly recommended to every serious scale aircraft modeler and aviation enthusiast. 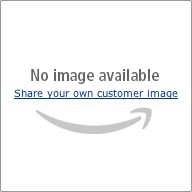 This book is a pictorial history of the F-111, the greatest jet fighter-bomber ever built, and includes 740 color photos covering all models from the F-111A through the F-111K. In addition to a “Roll Call” including histories of each individual aircraft, photos of over 90% of the aircraft are included. Nose art of the FB-111A is covered with 48 photos. Book chapters include; Program History, Aircraft System Description, United States of America. Tactical F-111s, Strategic FB-111s, U.S. Navy F-111Bs, Royal Australian Air Force F- 111s, British Royal Air Force F-111Ks, F-111 Combat Operations, and NASA F-111s. One Hundred and twenty Unit and Campaign patches are included, along with appendices on External Differences, Avionics Systems, F-111 Specifications, a Unit and Tail Code Summary, Attrited Aircraft, and a list of the 113 Aircrew members who died flying the F-111.